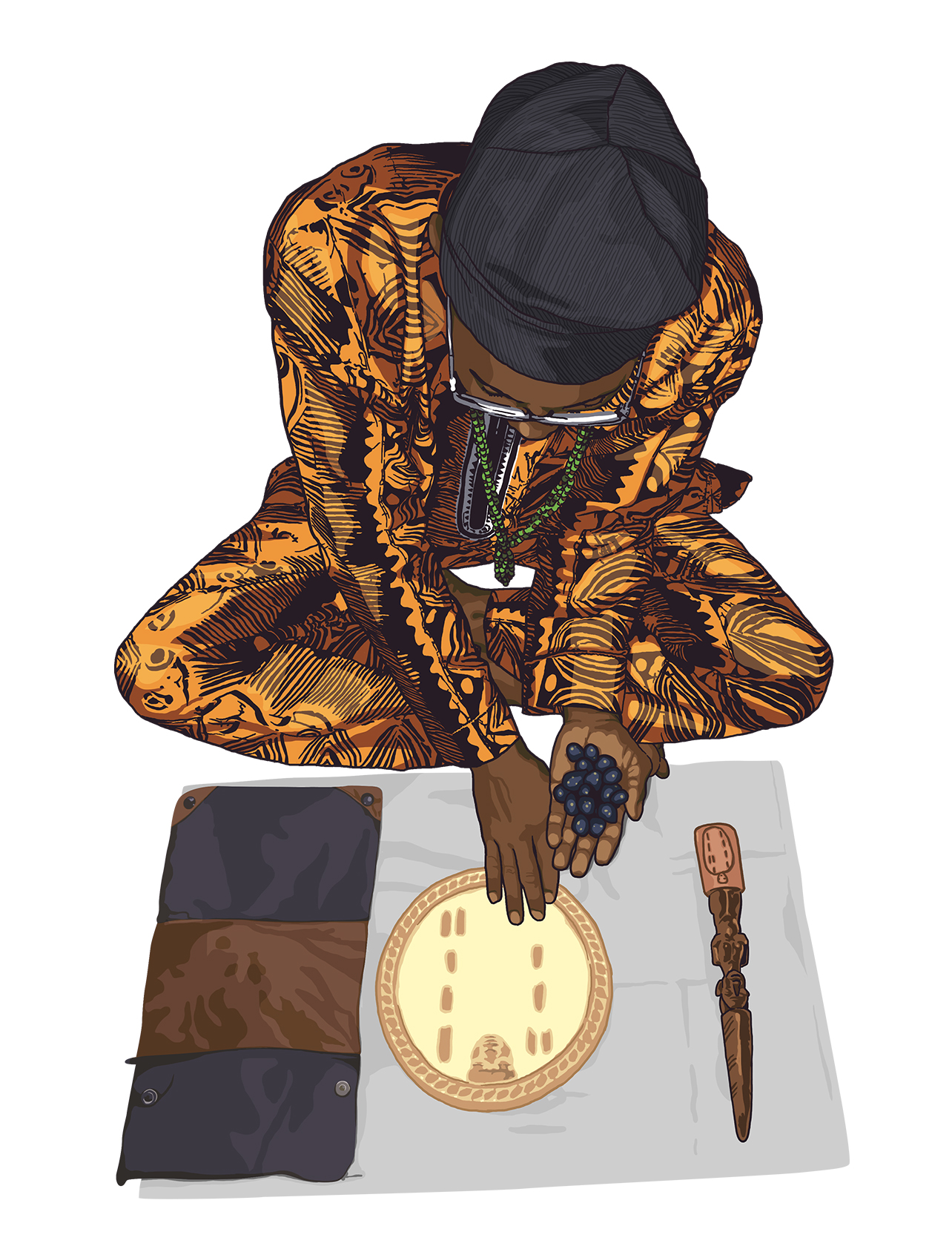 Schedule Your Consultation for the total cost of $300

The total cost of $300 for the reading, the items for the ẹbọ (offering), and the presentation of the ẹbọ to the Òrìṣà.

Get answers to your questions on relationships, finance, career, health, spirit guides and spiritual development.

Ifá, the GPS of Life

The Ifá divination system is applied whenever an important individual, business or collective decision has to be made.

In Person or Virtual

We offer: (i) in person consultations in Washington, DC; Atlanta, GA; or, Chicago, IL; OR (ii) via Zoom or telephone call.

The Ifá divination system makes use of an extensive corpus of texts and mathematical formulas to generate an in-depth and detailed analysis of present conditions. The word Ifá refers to the mystical figure Ifá or Ọ̀rúnmìlà, regarded by the Yorùbá as the deity of wisdom and intellectual development. In contrast to other forms of divination in the region that employ spirit mediumship, Ifa divination does not rely on a person having oracular powers but rather on a system of signs that are interpreted by a diviner.

Consult Ifá whenever an important individual, business or collective decision has to be made.

We will email or call you within 24 hours to schedule your Ifá dídá spiritual consultation.

Please confirm you want to block this member.

You will no longer be able to:

Please note: This action will also remove this member from your connections and send a report to the site admin. Please allow a few minutes for this process to complete.

You have already reported this
Clear Clear All